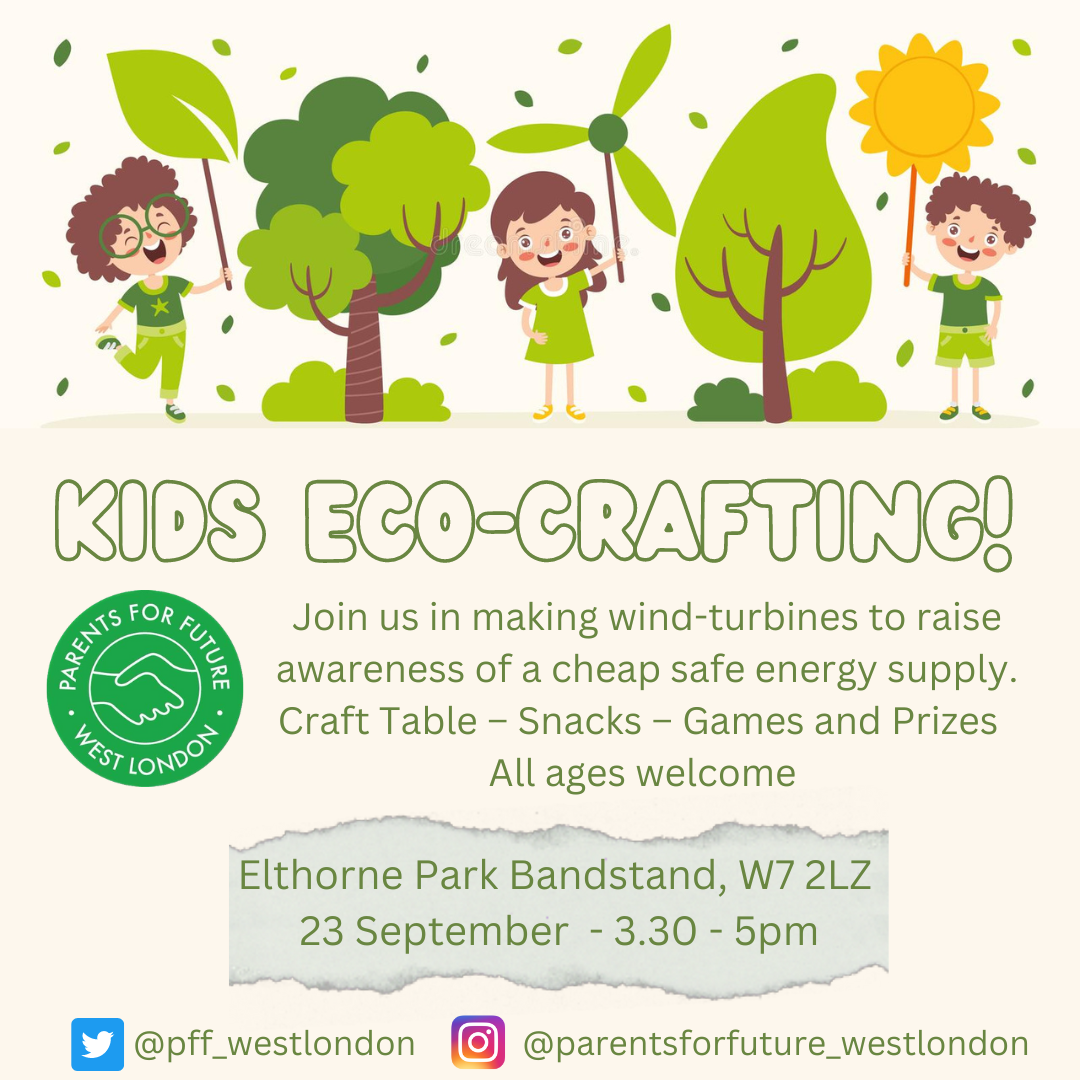 Parents for Future are fracked off with the government's new energy strategy and hope you are too.

Susan O'Leary from Parents for Future - West London commented: "We are dismayed by the Government's response to the energy crisis - fracking and a huge expansion of new oil and gas fields - as parents we want to make it clear that the answer to the energy and cost of living crisis, goes hand in hand with the answer to the climate crisis. There is no logic in handing out oil and gas licenses to the likes of Shell - the fields won't start producing for years - so won't lower our bills, but will instead create massive emissions, and profits for the oil and gas giants.

"We deserve an energy strategy that does not side with oil companies over the interests of the people in this country. And a strategy that does NOT prioritise profits over the UK's commitment to reducing the devastating climate impacts of its oil and gas sector. We want a safe and just future for our children".

Parents will be making these demands across the country on Friday 23 September, marking the Global Climate Strikes that this year focus on #PeopleNotProfit.

Join parents in Ealing at Elthorne Park (W7 2LZ) on September 23rd from 3.30-5pm for a pop-up wind farm as part of Parents for Future's campaign to show our MPs and local communities that we have the power in our hands.

The event is a fun family friendly after-school event and will include crafting wind turbines for kids, snacks, games and prizes. All ages are welcome.