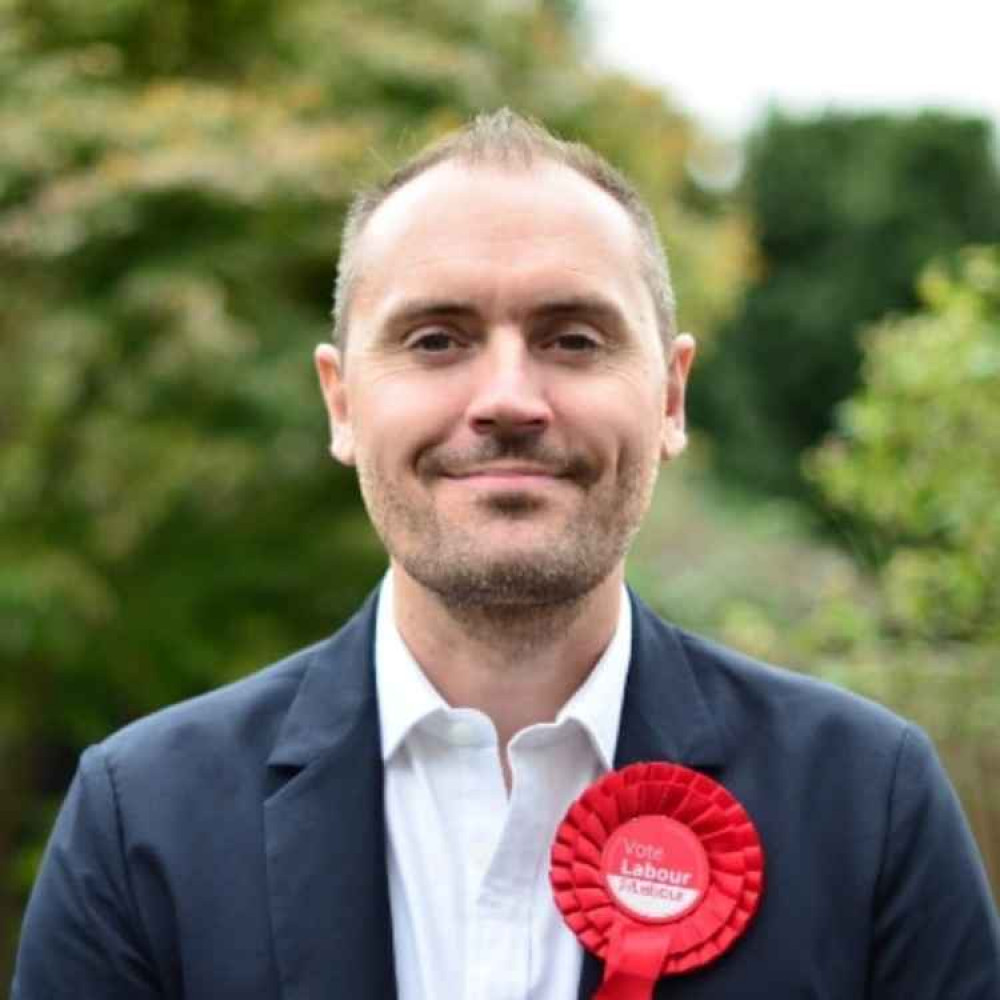 Lewis Cox has resigned from his position as councillor with immediate effect. Image Credit: Labour Hub

In a statement, the now ex-councillor said: "It's now just over three years since I was elected a Labour councillor by the residents of Hobbayne ward.

"I remember that election night well.

"It was a huge moment of personal pride for me that the people of the community where I live would put their trust in me to look after their interests.

"It was also a surprise.

"But back in 2017, when I was first selected as a candidate, there was a real sense of change in the Labour Party.

"A sense of hope.

"It became possible to believe that a working-class lad from Yorkshire, working shifts as cabin crew for an airline at Heathrow might not only be able to get elected but might have a voice and something to add within the Ealing Labour Group and Council, which would make a difference and help improve people's lives.

"Of course, it wasn't all plain sailing.

"The establishment of the Labour Party locally (people who were leaders then and are leaders now) threw every possible obstacle they could find in the way to prevent me – and members like me – from becoming candidates, let alone councillors.

"I will admit, it made my victory twice as sweet when I managed to dodge those obstacles and, despite not being wanted, getting myself elected as a Labour councillor in Ealing.

"The only benefit to that, as far as I can tell was that it allowed me to join Labour Group with eyes wide open – to know that I'd be met with disinterest, if not open hostility, and that I'd be forever consigned to the back benches, at least until the time that I promised my vote to a candidate for Labour Group leader who did not deserve it.

"For ours is not a system of meritocracy, where the most qualified or most experienced are put in the cabinet or gifted roles with responsibility so that we might best serve the interests of residents.

"No – it was when I joined, and remains today, a system very much based on patronage, back-room deals and cronyism.

"I'm afraid that has very much been my experience of these past three years.

"Nonetheless, for much of it I have got my head down and done the work required of a ward councillor – looking after the needs of Hobbayne residents.

"I have tried, when I can, to challenge decisions I think are wrong and to hold the Labour Group leadership and its appointees to account.

"I have hoped for a time when the situation might change, when we could have a fresh leadership and be better – and do better than we have for years.

"Something had to change.

"However, not all change is good.

"That is a realisation that I have come to.

"And one which I fear the residents of Ealing are about to realise.

"A week ago, at Labour Group AGM, I was faced with a choice that was really no choice at all.

"To vote as our leader a person that had done untold damage to the reputation of Ealing Labour for year after year, or to vote for his apprentice – effectively for a person who was no less implicated in many of the bad decisions that have turned residents against us and, worse still, who played a key role in widening the divisions in the Labour Party for factional ends.

"Members will understand why, in the end, I voted for neither.

"I've spent a lot of time thinking this past week – about my decision but also about the outcome of that vote and what it will mean for Ealing Labour and Ealing Council – none of it good.

"I've reflected too on the bitter disappointment I feel with regard to my fellow councillors – those who didn't take a principled stand, look at what we were being offered as a choice for Labour Group leader, and see and say 'no, it's simply not good enough'.

"Instead, I see many of those councillors tonight (yesterday, May 18) getting rewarded with positions and special responsibility allowances having gifted their vote.

"Different faces, for sure, but the same old cynical and self-serving practices as before.

"The easy option for me now, of course, would be to spend the next 12 months sitting quietly on the back benches while continuing to claim my councillor's allowance - but for those of you who know me, know that sitting quietly isn't one of my strengths.

"I also think it's about time that one of us was honest with the people we were elected to represent.

"By continuing to serve under Cllr Mason I would effectively be endorsing him and his toxic brand of politics and that is not something I am willing to do - so tonight (yesterday, May 18) I am informing you that I no longer feel able to serve as an Ealing Labour councillor and will be resigning as a councillor with immediate effect.

"I don't regret the decision I am making, but I do regret the causes of it – that when we were presented with the opportunity to pick a new and better leader for Ealing Labour, to improve our performance and our electoral prospects, that we were unable as individuals or as a group to replace the bad with anything better."

"He has been a fantastic local ward councillor and we wish him the best with his future endeavours.

"Ealing Labour are committed to building an open, transparent and inclusive council, and to changing Hanwell for the better."

Event of the Week: Chance for Southall residents to share their concerns with Ealing Council's new leader